Potatoes may be the most humble of ingredients, but getting them done right can make or break the most elaborate roast. Forget the turkey trimmings or the hours spent constructing the Beef Wellington, if the roasties alongside aren’t perfectly crisp and golden the platter’s a let down.

As we all know, great roast potatoes need satisfyingly crunchy outsides that yield to soft, fluffy centres. Sound’s simple enough, but getting the spuds spot on every time takes a trick or two.

The basics, as we know, are fairly straightforward. Firstly use the right variety of potato, and of the two main groups spuds can be split into; harder ‘waxy’ potatoes and softer ‘floury’ ones, it the softer varieties that roast best, as those floury edges once tumbles are the parts that crisp. In this regard King Edwards (ignore the pun) have long held the crown, although standard Maris Pipers are good roasters, as are the red-skinned Désirée potatoes and less prevalent but delicious, yellow-skinned Carolus potato.

Secondly, your selected spud should be peeled and halved, quartered or diced into even chunks, preferably all about 5-7cm in size, which then need a good par-boiling (in salted water already brought to a rolling boil) for somewhere between 8-10 minutes. Once drained allow the to steam dry down to room temperature before returning to a dry pan and shaking vigorously. The reason for the generous par-boiling being that, once tumbled, they should look on the verge of falling apart, and it’s this furry burr of exterior potato that will transform once roasted into a thick, crunchy outer shell.

Fat Of The Land

Of course everyone has their favourite methods and techniques, but for those very special, occasions where guaranteed glorious results are requires Maws have just one recommendation; forget oil, use fat. It might be a less healthy option than the ubiquitous olive oil used by the majority today, but it’s been getting British potatoes crisp for centuries of festive feasts.

However when we say fat, we’re not talking about the rendered block of lard that smokes out the kitchen on contact with a hot oven, what we’re talking about is selecting your preferred member from the holy trinity of fats for potato roasting; goose fat, duck fat or beef dripping.

Advocates of a good glob of goose fat include big names such as Mary Berry, Jamie Oliver and Nigela Lawson (who recommends using a whopping 600g per 2.5kg of potatoes), backing beef dripping you’ll find the chef who comprehends cooking at the molecular level, Heston Blumenthal, while devotees of duck fat include just about every chef in France for the last few centuries.

In comparison to oil, these fats tend to create a deeper, crunchy exterior, which in turn allows the centres to steam to a smooth soft fluff. As animal fats they also enhance a roast potato by imbuing it with an extra subtle dimension of savoriness, one that even the stronger flavoured oils can’t deliver. Beef-dripping in particular, enhances the humble roastie with an extra dimension of umami, a subtle addition which many connoisseurs believe creates the very best roast potato of all.

However, as more and more of us turn towards vegetarian and vegan lifestyles, breaking out the meat fat is obviously no longer suitable for all. For those looking for entirely meat-free Christmas dining, the crunchy roast potato becomes an even more important element of the festive feast. For vegetarian roasting we heartily recommend using coconut oil. For many the very word can coconut can be off-putting in the context of a roast, but in fact coconut oil leaves no trace of coconut flavour, but rather enhances the existing flavours while deliver crisp, golden skin. Wonderful for potatoes with the addition of a little rosemary and garlic. 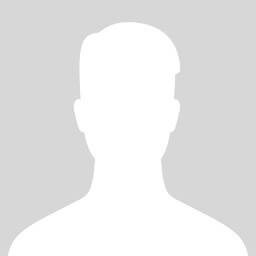